Mysterious repeated radio signals are coming from a galaxy 1.5...

The team of researchers detected thirteen different radio bursts coming from the same location inside a galaxy that’s 1.5 billion light years away. This means the signals left their host galaxy during the Proterozoic era, traveling at 299,792 kilometers (186,282) every second, back when multicellular organisms were forming and bacteria were just starting to produce oxygen on Earth. 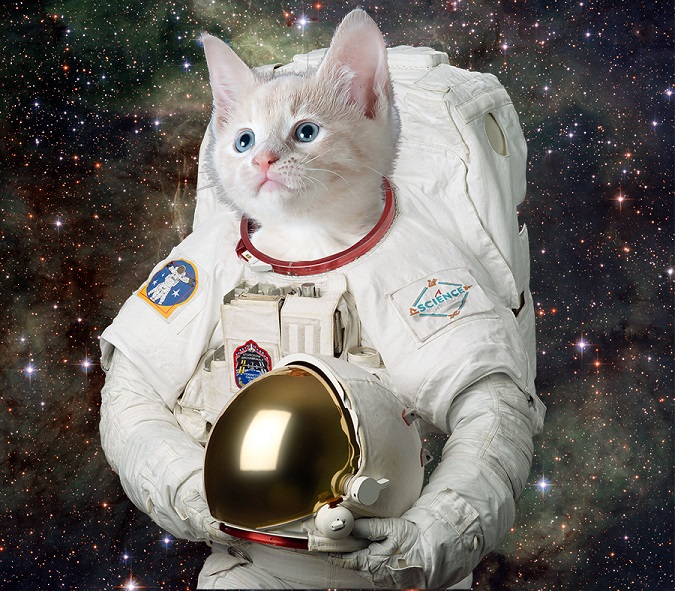 Get our all-over print Catstronaut shirt, designed by A Science Enthusiast himself, only available in our store!

Each burst of energy lasted only a millisecond, however each one contained about as much energy as the sun releases in a year.

The achievement is no mean feat given the state of the telescope. The scientists recorded the bursts during a three-week period between July and August of 2018 while CHIME was still in a “pre-commissioning phase.” The project wasn’t yet living up to its full potential, suggesting that there are plenty more bursts to be discovered.

We don’t really know what is creating these brief, but massive bursts of energy. This is only the second fast radio burst that has ever been detected, so there is a lot of speculation as to what the source is.

You may also enjoy reading: The Milky Way Is Going To Crash Into Another Galaxy Sooner Than Expected

The new FRBs from CHIME also show signs of “scattering,” which is kind of like a record of the signals’ interactions with electrons and magnetic fields as they traveled across the universe. This travel log, of sorts, also provides some clues as to possible sources, pointing to powerful astrophysical objects in locations with special characteristics.

“That could mean in some sort of dense clump like a supernova remnant,” says team member Cherry Ng, an astronomer at the University of Toronto. “Or near the central black hole in a galaxy. But it has to be in some special place to give us all the scattering that we see.”

Whatever the source of these fast radio bursts, we can be sure that as the CHIME telescope will discover more of these bursts, which will help us better understand the universe around us while undoubtedly leading to even more questions about how the universe works.