Christian bigotry on full display: Texas GOP to vote on...

Christian bigotry on full display: According to The Texas Tribune, republicans in Tarrant County, Texas are going to vote on whether to recall their vice-chairman based solely on the fact that he’s Muslim.

Because nothing says Christian Values™ better than some good old-fashioned Christian bigotry.

Shahid Shafi identifies as a Republican because of his firm belief in small government, lower taxes and secure borders. But his commitment to core GOP values hasn’t shielded him from ire within his own party.

A group of Tarrant County Republicans will vote Thursday evening on whether to remove Shafi as vice-chairman of the county party after a small faction of members put forth a formal motion to oust him because he’s Muslim.

They’re not even being smart about it. You’d think in the Trump era, a time when we’ve seen travel bans applied to Muslim-majority countries under the guise of anti-terrorism measures, you’d think the GOP would be better about masking their bigotry. Much like the fiasco with the border wall, no rational person honestly believed that Trump was trying to protect the United States from terrorists with his travel bans. It’s based in bigotry, through and through. 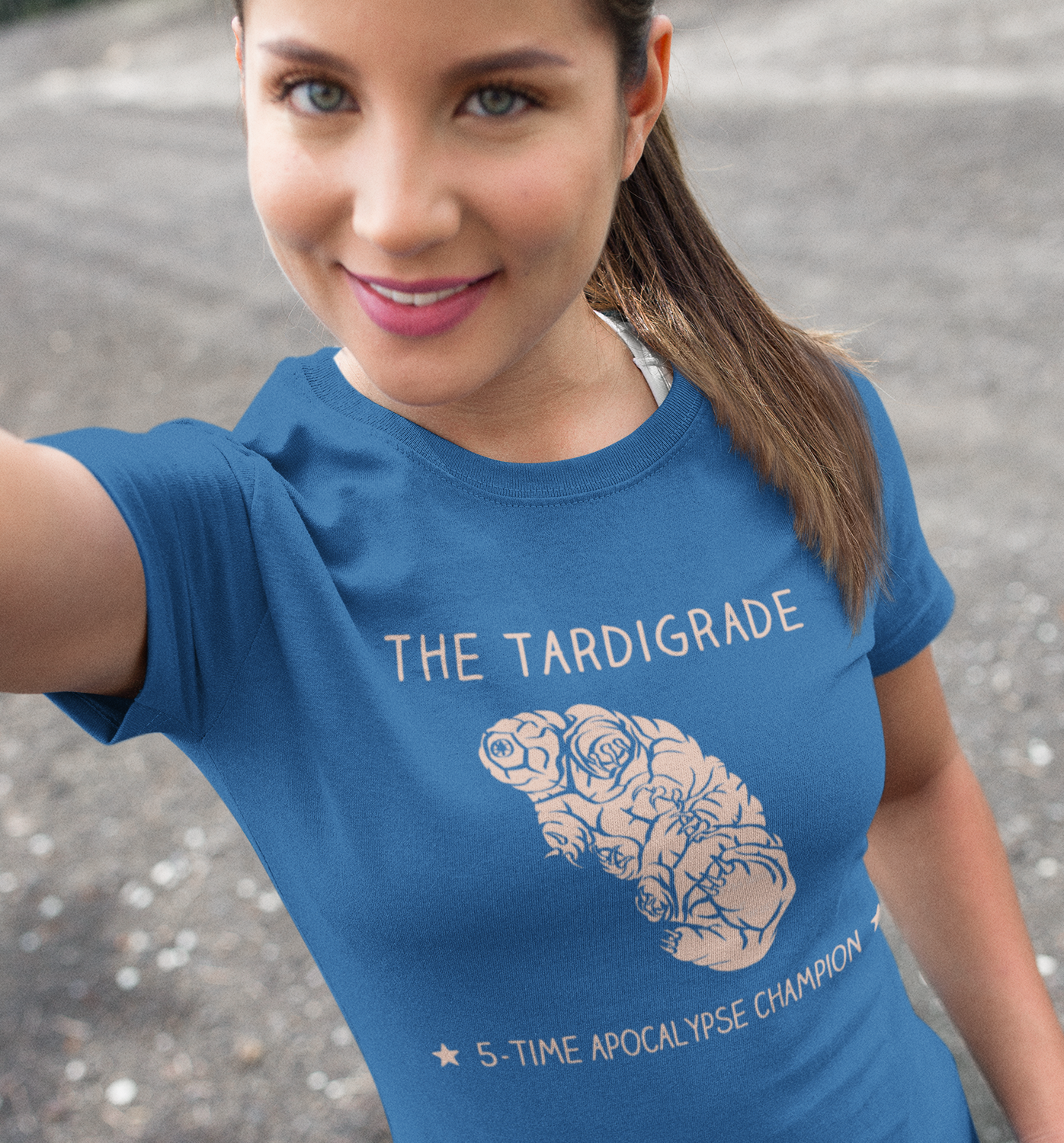 Get our exclusive Tardigrade: 5-time apocalypse champion shirt, only available in our store!

GOP members in Tarrant County – which contains the city of Fort Worth and voted for Donald Trump in the 2016 presidential election – have said that Islamic ideologies run counter to the US Constitution.

How, you might ask? Great question. I have no fucking idea.

There’s nothing about Shafi that would indicate an inability to hold the office he currently has, with one exception. He’s not a Christian. But like I said, that doesn’t matter, because the United States is not a Christian nation. My friend Andrew Seidel recently wrote an entire book about that subject.

Dorrie O’Brien, one of the precinct chairs leading the charge to recall Shafi, did not respond to The Tribune’s request for comment. She’s previously said, however, that her support for ousting Shafi stems not from his religion, but whether he supports Islam or is connected “to Islamic terror groups,” according to the Fort Worth Star-Telegram. In a series of lengthy Facebook posts, O’Brien wrote that she “never doubted” her side has “the votes to rescind Shahid Shafi’s ratification as vice chair.”

In true snowflake fashion, she has public commenting disabled. So much for conservatives caring about freedom of expression. Regardless, a quick scroll through her Facebook timeline paints an extremely clear picture of her motivation. (Special thanks to Alyssa for making me aware of Dorrie’s nonsensical rant.)

Look, anyone who has read anything I’ve ever written knows that I’m a liberal and an atheist. And it may be surprising that I would defend a religious conservative. But this move goes beyond a difference of religious or political ideologies.

This is about the very essence the First Amendment of our Constitution – freedom of expression, including religion. It doesn’t matter if you’re Christian, Muslim, Jewish, Atheist, Hindu, Daoist, or something really cool that I don’t even know about. Every citizen of the United States is free to practice whatever ridiculous religion they want to, and if they meet the age/citizenship requirements, they should be able to run and hold any office they want.

It seems like this is a small group of conservatives who are trying to remove Shafi from office, and they’re not very likely to be successful in their asinine attempt to give him the boot. But if this is how conservatives are going to treat one of their own, why would anyone want to be associated with the GOP?

I’m sure Shafi himself will never read my article, but on the off chance that he or someone in his office does, I want to formally invite him to join the democratic party. We’ll treat him with the dignity and respect he deserves, no matter what religion he chooses to believe in.