Study: Extreme opponents of GMOs know the least, but think...

A new study published in the journal Nature found that extreme opponents of genetically modified food know the least about genetic engineering, but think that they know the most.

I filed this post under “duh” because, well, duh.

In a press release, Phil Fernbach, the lead author of the study, said “Extreme views often stem from people feeling they understand complex topics better than they do.” Fernbach said that the results, while “perverse,” are “consistent with previous research on the psychology of extremism.” 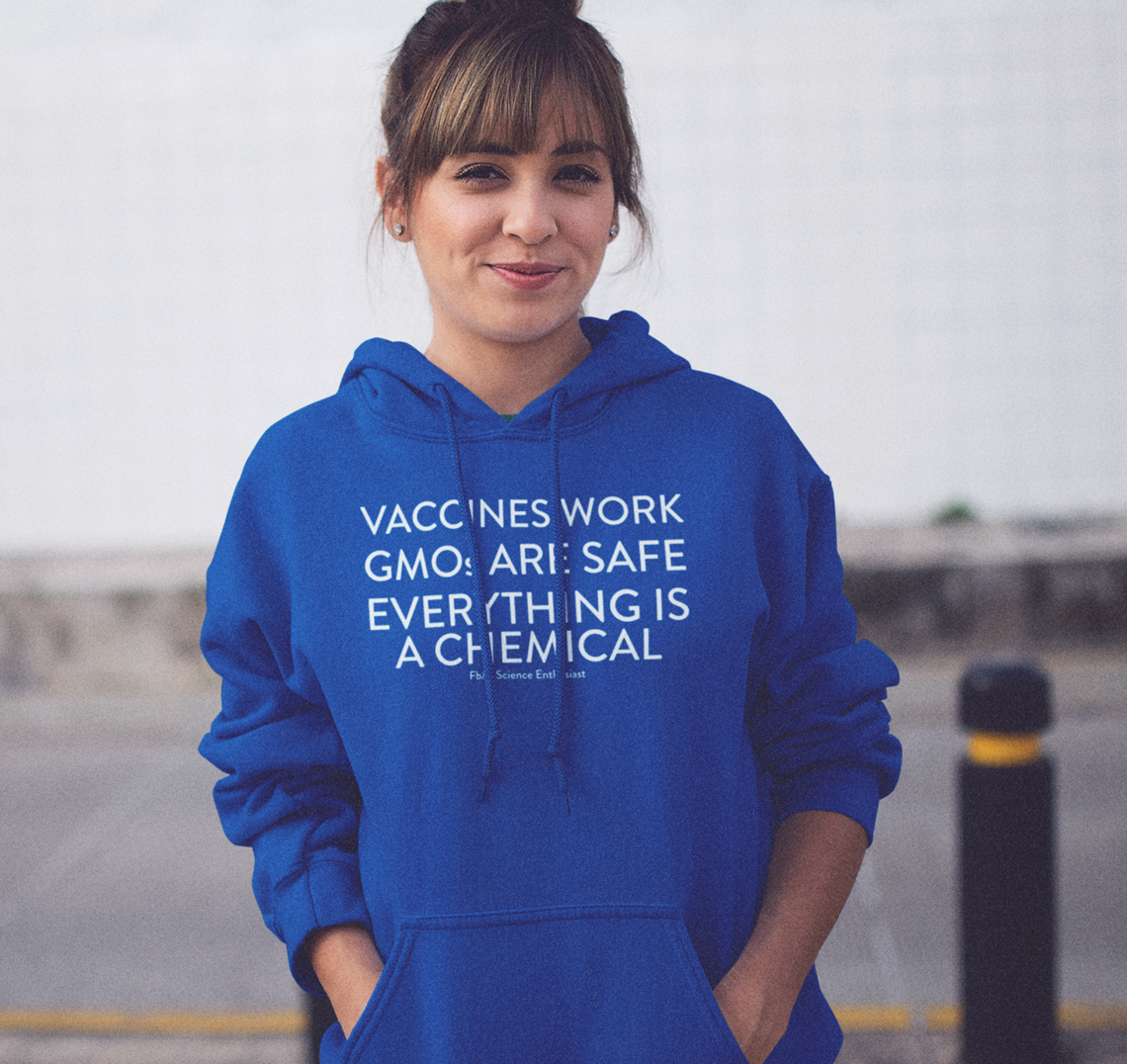 Get this as a hoodie, shirt, coffee mug, and more only in our store!

This is classic Dunning-Kruger Effect.

For those who have never heard of this phenomenon, David Dunning, along with Justin Kruger, published a paper called Unskilled and unaware of it: How difficulties in recognizing one’s own incompetence lead to inflated self-assessments. The paper describes what is now known as the Dunning-Kruger effect, eloquently stated by Dunning himself:

In many cases, incompetence does not leave people disoriented, perplexed, or cautious. Instead, the incompetent are often blessed with an inappropriate confidence, buoyed by something that feels to them like knowledge.

In Fernbach’s study, they asked participants how much they opposed genetic modification of food, ranking it on a scale of 1 to 7, with 1 being “no opposition” and 7 being “extreme opposition”. Over 90% of the respondents had some level of opposition to genetic modification. They were then asked to rate their knowledge of GMOs by asking questions such as if “all plants and animals have DNA”.

What happened next will be a shocker to tens of tens of people.

As extremity of opposition to GM foods increased, objective knowledge of science and genetics decreased, but self-assessed knowledge increased.

They went on to say:

Those with the strongest anti-consensus views are the most in need of education, but also the least likely to be receptive to learning; overconfidence about one’s knowledge is associated with decreased openness to new information.

What this says to me is something I’ve been saying for a while now. The further entrenched we are in our ideologies, the less skepticism we apply because we think we’re right. We often put too much emphasis on the “what” instead of trying to understand the “why”.

The World Health Organization has said that safety of genetically modified foods must be assessed on a case-by-case basis. Their website also states:

GM foods currently available on the international market have passed safety assessments and are not likely to present risks for human health. In addition, no effects on human health have been shown as a result of the consumption of such foods by general population in the countries where they have been approved.

The same cannot be said for “organic” foods, as no safety testing is required before a new strain makes its way to market. Of particular note are foods like the Organic Ruby Red Grapefruit, which was created by bombarding it with radiation until desired mutations were observed. Delicious.

All that said, any food you buy at your grocery store is safe to eat – organic or otherwise. The main marketing strategy for the organic food industry is to promote fear to sell their products, and this study goes to show it has been an extremely successful marketing campaign.

Special thanks to Aaron for making me aware of this study! If you have your own story ideas or submissions, feel free to reach out at tips@aScienceEnthusiast.com!