Church leader warns smartphone users to be careful of the...

In elementary school, I always rode the bus home to my grandma’s house after school. My grandma happened to live nextdoor to a Pentecostal church that had its own school, and afterwards I would play basketball with the other kids who attended it. As I’ve said before, I grew up Catholic and was rather insulated from competing religious ideologies, so interacting with them and hearing the things they believed was always mind blowing to me.

One particular incident stands out in my mind. I was about 8 years old and asked one of the kids if they saw America’s Funniest Home Videos the night before (remember, this was the heyday of Bob Saget). He looked at me as serious as an 8 or 9 year old can and said something to the effect of “Oh no. I don’t watch TV. TV is a tool of the devil.”

I thought he was joking at first, but later when I talked to my parents about it (back then I was petrified of going to hell, after all), they explained that some people actually believe that. Now, even though it’s some 26 or 27 years later, apparently there are a lot of people who still believe this kind of nonsense, as the BBC reports:

People’s dependence on smartphones and modern technology could bring about the coming of the Antichrist, the leader of the Russian Orthodox Church has warned.

Speaking to Russian state TV, Patriarch Kirill said smartphone users should be careful when using the “worldwide web of gadgets” because it represented “an opportunity to gain global control over mankind”.

“The Antichrist is the person who will be at the head of the worldwide web, controlling all of humankind,” he said.

This may sound ageist, but one of the things I love the most is hearing older people who don’t understand technology talk about technology.

I really don’t mean to be disparaging to older people. I’m not the type of person who tries to fight in the ‘Millennials versus Boomers’ culture war. Some people just don’t understand technology. And that’s totally fine! There are plenty of things that I don’t understand.

But the thing is, when I don’t understand something, I don’t try to act like an authority on it. And that’s where so many people go wrong and open themselves up for mockery.

It’s reminiscent of the time when members of Congress asked a Google exec why Trump’s name is the top result when you search for “idiot” on Google. There’s also the time Congress asked Mark Zuckerberg absolutely ridiculous questions such as ‘how do you turn a profit when you don’t charge your users a fee?’, and he responds by trying his best to stifle a laugh as he says “We run ads.” 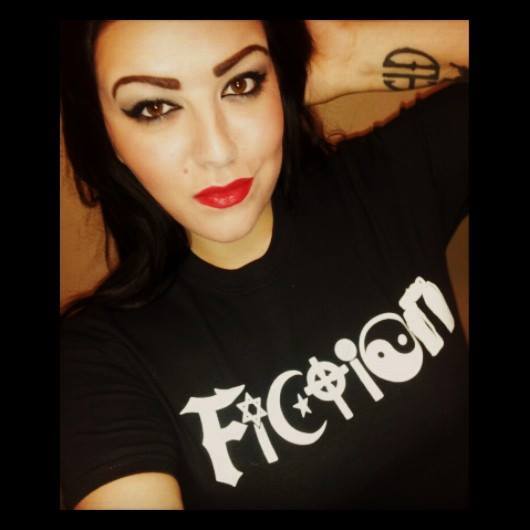 I run ads, too. Buy some merch from our store. Or don’t, I’m not your dad.

I mean, maybe? Probably? But at the end of the day, you are boring, and simply aren’t interesting enough for the government or your neighbor to stalk.

If not today, then tomorrow methods and technology could appear that will not just provide access to all information but will also allow the use of this information.

Do you imagine what power will be concentrated in the hands of those who gain knowledge about what is going on in the world?

Such control from one place forebodes the coming of the Antichrist.

Surprise, surprise – a church is engaging in fear mongering to try to sell their narrative and scare people into compliance.

The BBC made note that Kirill is close to Russian dictator Vladimir Putin, and that internet freedom in Russia is pretty restricted.

Patriarch Kirill is close to Russian president Vladimir Putin, who participates in big Church celebrations and has gone on pilgrimages to Mount Athos and other famous Orthodox sites. Many Russian Orthodox priests closely identify with President Putin’s nationalist agenda.

At a time when internet freedoms are increasingly restricted in Russia – and authorities are reportedly attempting to create an independent Russian internet – this closeness led some to accuse Patriarch Kirill of lending government policy divine authority.

I’m sure it’s just all a crazy coincidence.

Like I said at the beginning of this article, I used to be deathly afraid of going to hell. I would pray for people who were hurt or suffering every night before I went to sleep. If I heard an ambulance or police siren, I would say a silent prayer for whomever might be involved. While my own sense of empathy played a role in that, the primary motivator was trying to score points with a sky wizard who controls everything so that he wouldn’t punish me for eternity because I didn’t care enough about the trauma he inflicted on his own creations.

Compliance through coercion is not how you should spread your ideas. If you have to use fear or violence to promote your ideology, maybe your ideology sucks.