Jellyfish Thrive on the Pollution of Climate Change, and Their...

Jellyfish are beautiful creatures. We live near enough to LegoLand that every year or so my wife and I like to take our sons to the aquarium they have at the park. One of our favorite exhibits is the jellyfish exhibit. We love taking our boys in there and watching the tanks filled with jellyfish. They move and swirl and their bio-luminous insides change colors like little internal LEDs. As gorgeous as they are, though, all of us should be alarmed at how rapidly their populations are swelling in our oceans.

That’s because according to a new book, as climate change advances, the pollution behind it helps jellyfish thrive. That’s right; as we humans kill off the earth’s network of resources that sustains our lives, we are helping orchestrate the beautiful nightmare of the jellyfish rise to sea-premacy.

(I make no apologies) 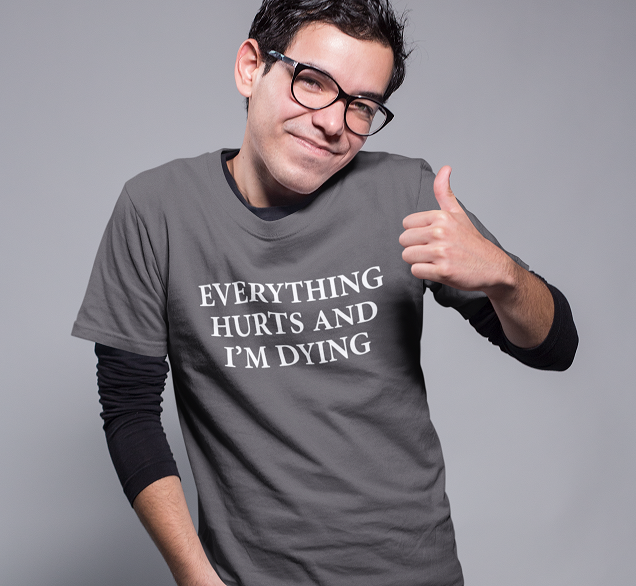 Get our ‘Everything hurts and I’m dying’ shirt, on sale now in our store!

In Juli Berwald’s “Spineless: The Science of Jellyfish and the Art of Growing a Backbone,” she warns that mankind’s devastating and well-documented impact on the planet’s ecosystem is helping push a massive surge in our oceans’ jellyfish populations. That is very good for jellyfish and their loved ones, but for the rest of us, that’s very un-good. It’s having real-world impacts on the infrastructure we’ve built over the last century or so.

Exploding jellyfish populations have swept into power plants across the world — including two nuclear plants in Scotland — shutting down parts of the power grid, she said. (Futurism)

It admittedly sounds like a premise for a B-movie from the 1960’s, but it’s entirely true. In fact, in Japan some apparently consider jellyfish to be almost as big a threat to their electrical grid as earthquakes.

“One jellyfish scientist from Japan told me that the first threat to the electric system in Japan is earthquakes, but the second is jellyfish,” Berwald toldABC. “We are dealing with a ubiquitous creature.”

In an interview about her book, Berwald said that she thinks that since humans haven’t really been forced to think about ocean pollution very much, it’s allowed humankind to do more damage to them over time.

“Because we are terrestrial creatures we haven’t really thought about the health of the oceans,” Berwald told ABC. “We’ve considered it as this place that is so big we can never really damage it that badly. The message from jellyfish is that we are.”

If the jellyfish population boom is a warning to us all about needing to take urgent precautions to slow down the effects of climate change, then that’s truly a good thing. Because if there’s one thing that humans do well, it’s putting aside their petty differences to ensure cataclysmic doom doesn’t befall everybody, especially in protection of corporate profit margins and voter ignorance.

Well, I for one welcome our jellyfish overlords, and I say, “Hail to thee, Jellyfish.”