In a new study, researchers at Princeton and New York University found that people aged 65 years and older were nearly seven times more likely to share intentionally false stories – fake news – as those who are 30 years old or younger.

According to the authors of the study:

Conservatives were more likely to share articles from fake news domains, which in 2016 were largely pro-Trump in orientation, than liberals or moderates. We also find a strong age effect, which persists after controlling for partisanship and ideology: On average, users over 65 shared nearly seven times as many articles from fake news domains as the youngest age group.

They also noted that, across the board, sharing fake news was a relatively rare occurrence (thankfully).

The researchers initially had 3500 respondents, but only 1331 agreed to share their Facebook data, and of those, the team was able to link profile data to 1191. It’s worth noting that, as the respondents consented to being part of the study, it’s possible some may have deleted fake news stories before the researchers were able to gather their data.

To the extent that this activity reflects second-guessing or awareness of how fake news posting is perceived by social connections, we interpret the sharing data that we were able to gather as genuine—posts that our respondents did not feel compelled to remove at a later time. There may be an additional concern that some types of people were more likely to delete fake news articles that they posted, leading us to biased inferences. 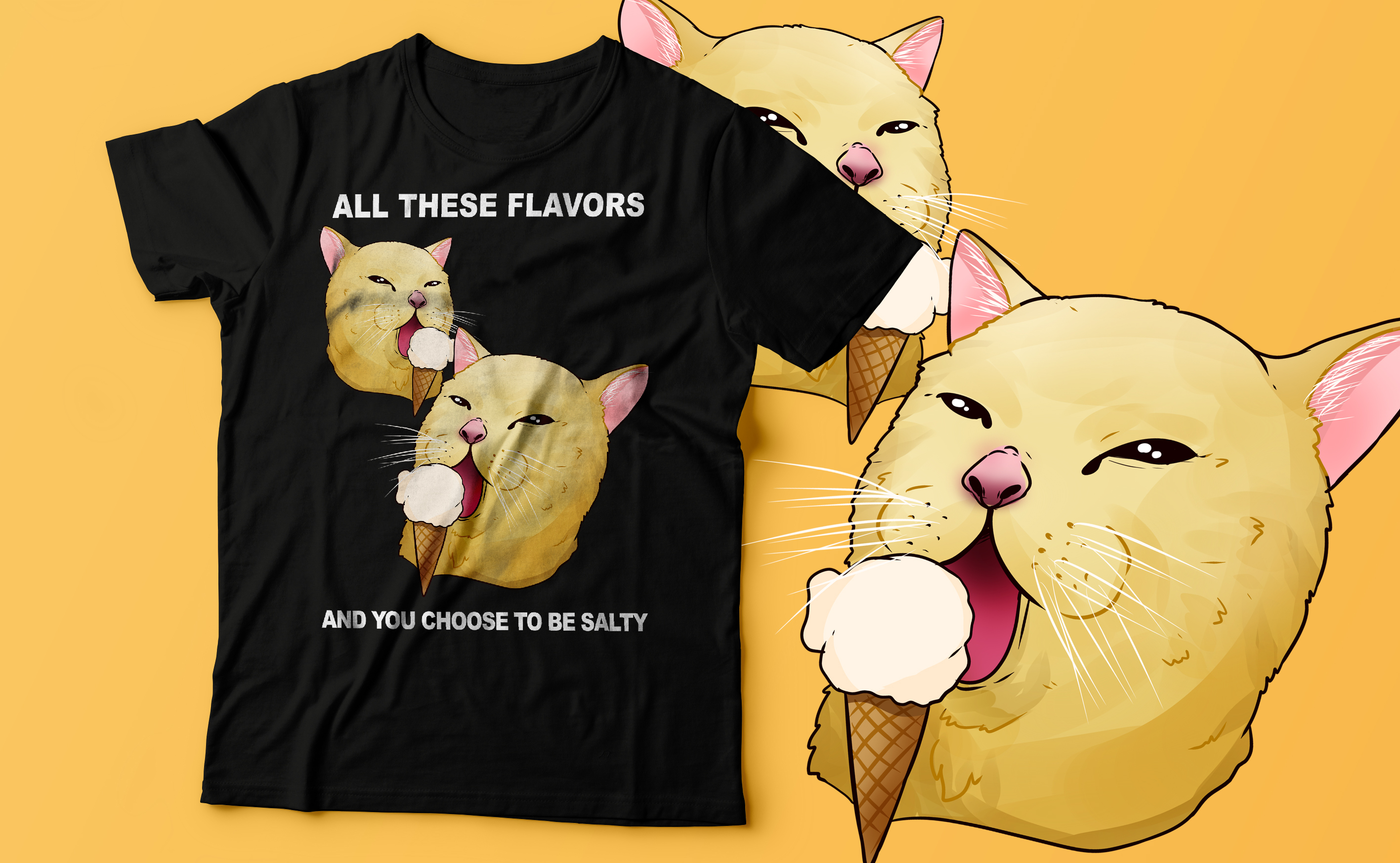 Get our ‘All these flavors and you choose to be salty’ shirt, on sale now only in our store!

The researchers defined “fake news” as being “knowingly false or misleading content created largely for the purpose of generating ad revenue.”

Eleven percent of respondents over the age of 65 were found to share content consistent with the team’s definition of fake news, while 3% of respondents ages 18 to 29 did. Researchers used the list of fake news domains that was compiled by Craig Silverman of BuzzFeed news for their study.

While the strongest correlation for sharing fake news was age, researchers also noted that Republicans tended to share fake news more often than did Democrats.

… Republicans in our sample shared more stories from fake news domains than Democrats; moreover, self-described independents on average shared roughly as many as Republicans.

Republicans in our sample shared more stories from fake news domains than Democrats; moreover, self-described independents on average shared roughly as many as Republicans… This is consistent with the pro-Trump slant of most fake news articles produced during the 2016 campaign, and of the tendency of respondents to share articles they agree with, and thus might not represent a greater tendency of conservatives to share fake news than liberals conditional on being exposed to it.

The researchers hypothesized that “… an entire cohort of Americans, now in their 60s and beyond, lacks the level of digital media literacy necessary to reliably determine the trustworthiness of news encountered online.”

“Digital media literacy” is a concept I hadn’t about before, but it makes sense. Those who belong to the older generation grew up relying on newspapers, radio, and television to provide them with news that historically speaking, was pretty reliable and accurate.

However, in the age of the internet, anyone can create a website that appears to be legitimate at a cursory glance, and say anything they want – true or otherwise.