Celebrate The 150th Birthday of the Periodic Table of Elements...

Kids and periodic tables of elements…they grow up so fast!

This year will mark the 150th anniversary of scientist Dmitri Mendeleev discovering the Periodic System, and therefore of the creation of the Periodic Table of Elements. I’m sure we all took a science class or two back in our day and I’m almost just as sure that our classrooms all had some form of the Table of Elements

Part of me is surprised that the table is already 150 years old, while another part of me marvels at just how much we’ve learned, and how far our understanding of the elements that populate it, have come in such a relatively short period of time. A century and a half ago, our country was just barely out of a civil war in which field “medicine” was a bone saw, a stick, a bottle of bourbon, and some rags, and since we’ve launched ourselves into space and developed computers we carry with us and call “phones” that have more knowledge and computing power than what took us to the moon and back!

And every advancement was spurred on by people who learned in classes with the periodic table right there in front of them, well, most of them anyway.

To celebrate the 150th anniversary of Mendeleev’s system, Keith Enevoldsen — a retired software engineer — took the usually droll and basic periodic table and spruced it up with cool drawings that help represent the elements. 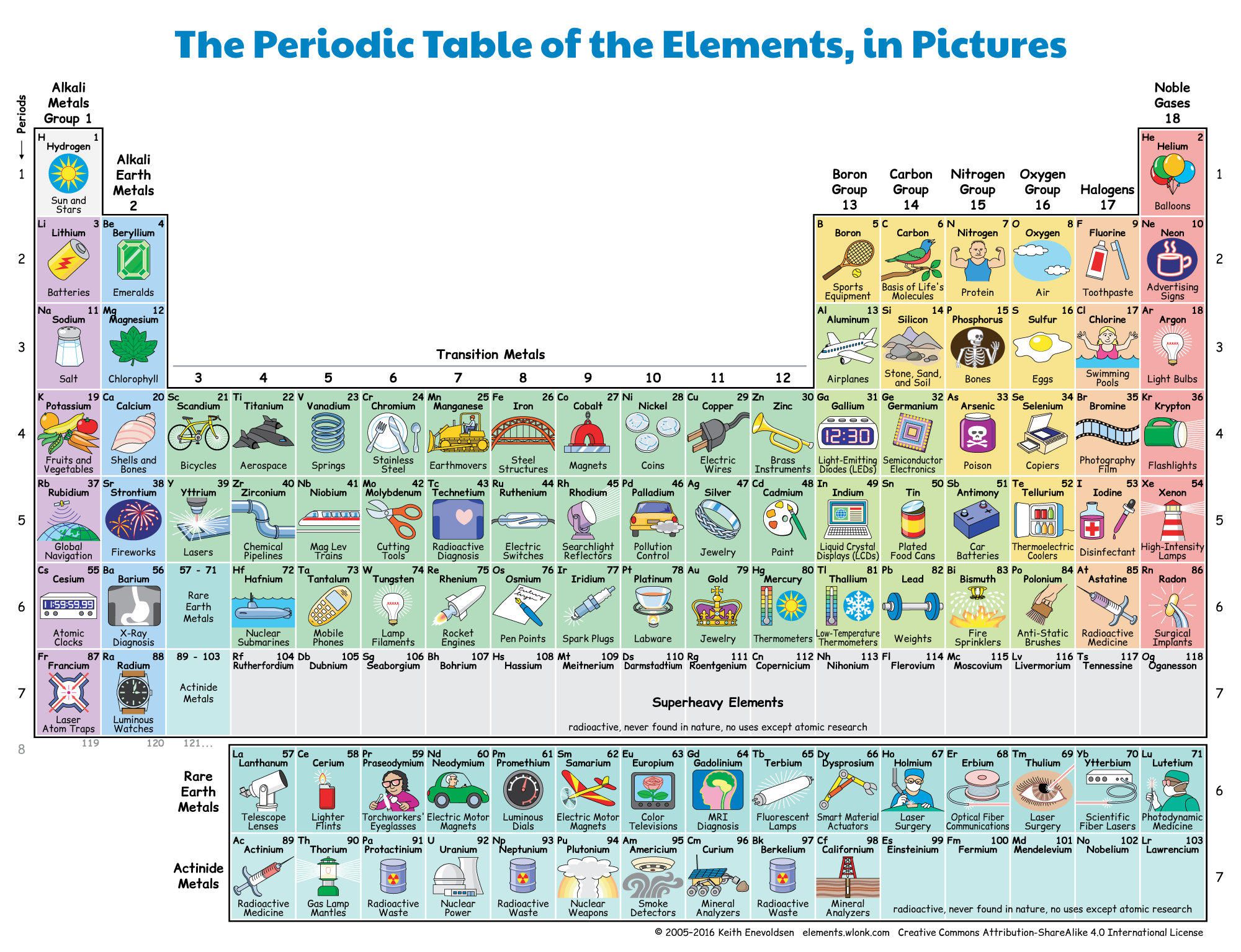 You can see he chose things to help children better associate the elements on the table with what they’ve helped humankind develop or use. For instance, lithium is represented by a battery, and lead is represented by a drawing of our president’s brain matter. I’m kidding, relax. Considering the table has some pretty

And as CNET pointed out, there’s also a haiku table of elements:

There’s also poetic side to the elements. In 2017, Science posted a table linking each element to a haiku. Hydrogen kicks things off with this gem: “Your single proton/fundamental, essential./Water. Life. Star fuel.”

Mr. Enenvoldsen wasn’t the only one who recently made a more visually appealing table of elements, either. Over on periodictable.com (yes, really), you can get an interactive version of the table. Clicking on any of the elements will give you a much more detailed rundown of it. 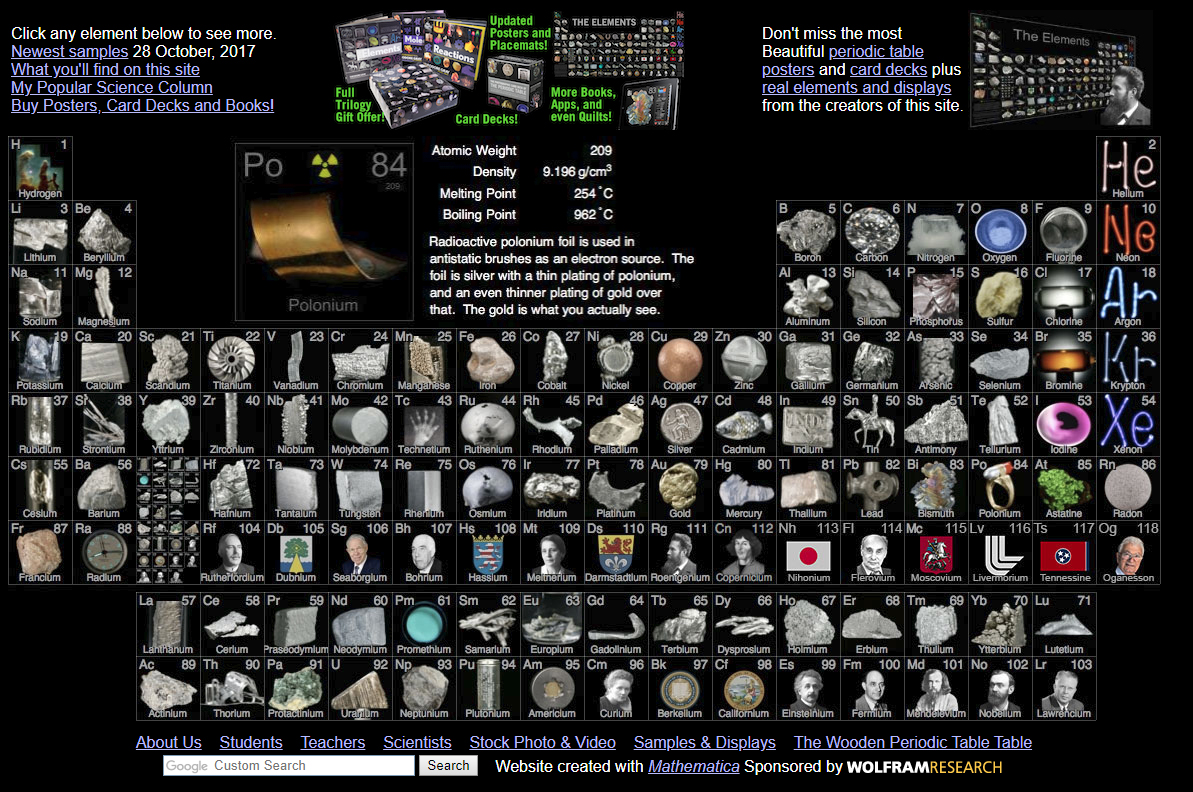