Steve Carell and ‘The Office’ Creators Are Reuniting for a...

Everything is, generally speaking, a massive dumpster fire of incompetence, corruption, confusion, lies, and craziness right now, but the random chaos machine that is our existence has given us reason to smile, because Steve Carell and the people who created “The Office” are joining forces for a show about President Donald Trump’s most ingenuous idea yet — the Space Force.

We might be missing the regular incisive, funny commentary from Jon Stewart right now, but a new show skewering something that’s begging to be mocked like the Space Force is just as exciting. 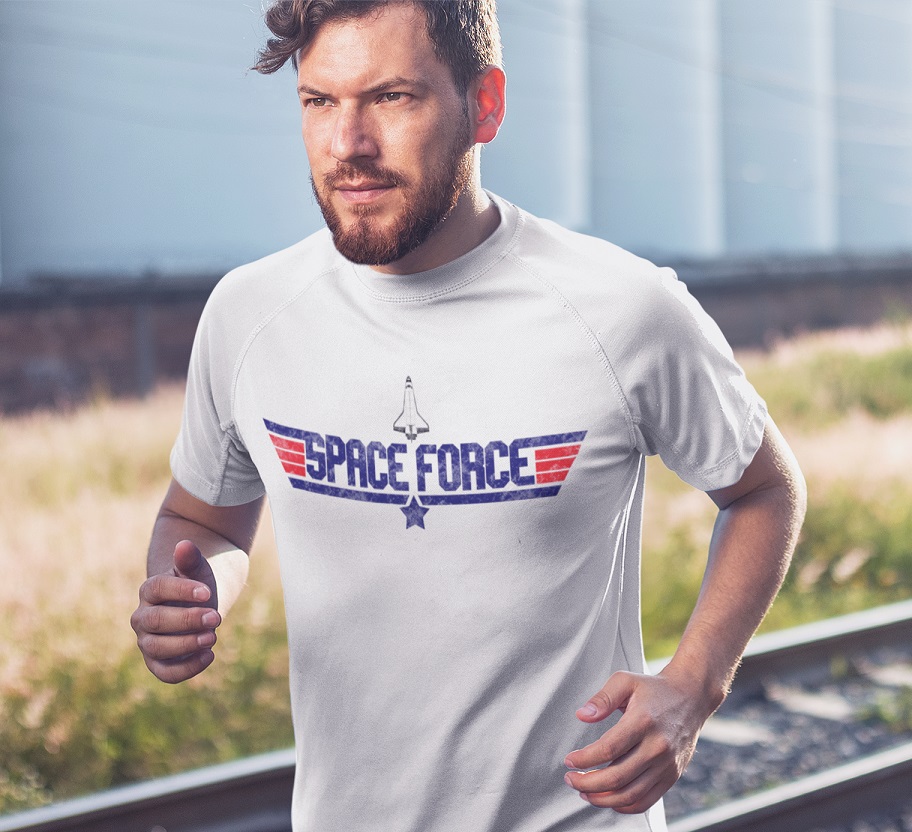 The few. The proud. The unnecessary. Join the space force with our shirt, available in our store!

The Carell years of “The Office” brought some of the best comedy the medium of television has seen. His portrayal of the comically self-unaware and yet ultimately very redeemable Michael Scott was a masterpiece of seven-plus seasons of work. For the Space Force show, Carell will wear many hats.

Carell, who is an executive producer, co-creator, and star of the series, is expected to net more than the currently-held record of $1 million per episode. The show itself is described as a workplace comedy about the team of people tasked withcreating Space Force, and according toThe Hollywood Reporter, the idea was indeed sparked byTrump’s June order tasking the Pentagon with creating the new military branch. (WokeSloth)

I’m sure that he won’t be playing Michael Scott in space, but it’s also not very hard to imagine Trump’s administration running like Dunder Mifflin only, you know, comically stupider. That would seem to body well for this new show.

The whole concept of the Space Force is rife for satire. It’s a wholly new branch of the armed forces of the richest and most powerful country in the world. But it’s under the guidance and direction of the most hilariously inept and unqualified man to ever occupy the Oval Office and his equally as comedic but for real administration.

Whether Carell and the show’s co-creator Greg Daniels go back to a formula that worked on “The Office” — the single camera, mockumentary style — or whether they go a different route, it’s a pretty safe bet they will lampoon not just the Space Force, but the people trying to run it under the direction of, well, a D-List reality TV star.

Netflix posted a teaser for the new show, though no one will be able to glean much more than the sardonic tone the show will probably take from it.

.@SteveCarell will star in a new workplace comedy series he co-created with #TheOffice’s Greg Daniels about the people tasked with creating a sixth branch of the armed services: the Space Force! pic.twitter.com/6GEFNgP18w

The fact that Daniels is attached to this show is as exciting to me as the fact that Carell is. Daniels didn’t just help adapt “The Office” from Ricky Gervais’ BBC sitcom, he helped create “Parks and Recreation,” which is the most brilliant satirizing of local government. That show would  be the perfect template for the Space Force show. “Parks and Rec” wove in the personalities of the characters and made them part of the satire, so it seems like this kind of comedy set in the Trumpian Era is a rare chance for real comedy gold.

And just to throw it out there…I kinda know a guy who writes and has written several satirical stories about Trump’s Space Force, and he would totally love to write for this show. Just saying. So if anyone out there reading knows Steve Carell or Greg Daniels or Bob Netflix or The Guy Who Runs the Random Chaos Machine, let ’em know I’m waiting for their phone call.